Buy-now-pay-later (BNPL) is the hottest thing happening in the fintech space right now. Investors are injecting billions of dollars into startups operating in the sector. BNPL as an industry is expected to keep growing to be worth $166bn by 2023, according to GlobalData’s thematic research. It’s unsurprising therefore that players in adjacent industries want to get in on the action.

When all you need to technically be part of the BNPL segment is to have a solution that somewhat postpones the payment, it’s reasonably easy to catch some of this lightning in a bottle. Companies are certainly trying: travel companies have marketed their wares with “fly-now-pay-later” options and SME financing companies have branded themselves as B2B BNPL providers. So it was only a matter of time before insurtech startups would follow suit.

Enter Ascend. The US-based insurtech startup launched in January 2021. A year later, and it has just raised a $30m Series A round. Ascend most recently bagged a $5.5m seed round in September. It did not share its valuation with Verdict.

The company has marketed itself as a solution to revolutionise payments in the insurance industry, including introducing BNPL payments a la Klarna. 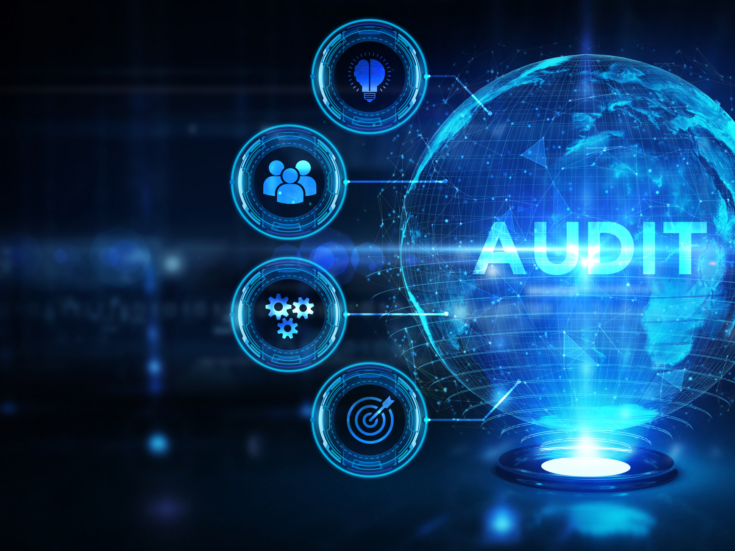 The inexorable rise of virtual data room technology and innovation 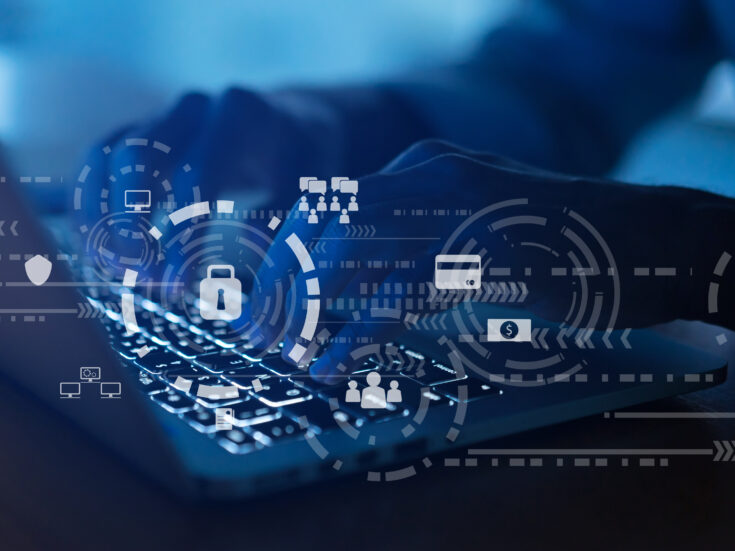 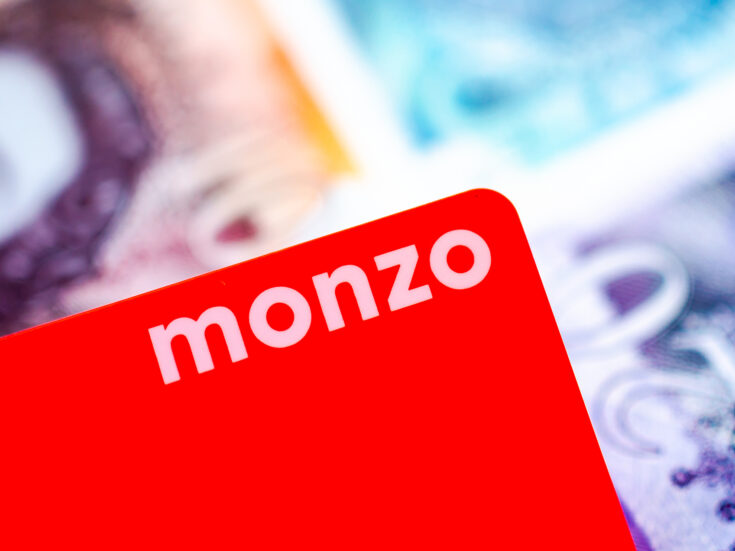 “Building a modern checkout experience that feels more Shopify and less like filing tax forms is the biggest opportunity in the insurance market today. There’s an immediate need for the type of verticalised and embedded end-to-end payments product that spans brokers, MGAs, and carriers.”

The Series A round also saw the venture secure a $250m lending commitment to finance insurance premium loans through its platform facilitated by Hudson Structured Capital Management, an asset manager focusing on investments in the re-insurance and transportation industries. Ascend only operated in 20 states in September but is now live in all 50 states.

A closer look at the Ascend BNPL model

Ascend claims to offer a BNPL product that insurers have so far been without. It would be easy to brush off these claims as a marketing ploy designed by Ascend to catch some of the spotlight. However, there may be something to its BNPL chops, at least if the Ascend founders are to be believed.

They claim Ascend enables the insurance industry to solve a big issue, which is that most US-based commercial insurers often take their premiums payments in an annual lump sum.

“If I’m a truck driver in the US, for example, my insurance premiums might be $10,000 once a year,” Andrew Wynn, co-founder and co-CEO of Ascend, tells Verdict, arguing that most people won’t be able to pay that kind of money in one go. He suggests that this may even keep some individuals from striking out on their own.

Ascend offers a BNPL solution to help customers overcome this hurdle. The BNPL solution is essentially a point-of-sale financing option that enables insurance brokers to break up those commercial premium payments into monthly instalments.

The idea is that Ascend gives the customer a loan for the bulk sum. The startup then pays off the premium to the insurer, leaving the customer to pay off the loan to Ascend in monthly instalments. It is pretty much how BNPL companies operate in regards to merchants and shoppers.

“It’s a very attractive form of financing for folks who need to have this line of financing to purchase this necessary thing,” Wynn explains.

However, the question is if there is a need for this part of the offering. The insurance industry representatives Verdict has spoken with suggest that insurers already offer customers the opportunity to pay premiums on a monthly basis.

“The majority of small businesses in the US prefer to pay their commercial insurance premium monthly versus annually as it is easier to budget their expenses,” Mark Friedlander, director of corporate communications at industry organisation the Insurance Information Institute, tells Verdict. “Many US commercial insurers provide a variety of premium payment options for their small business customers including monthly, quarterly and annually. Some even offer six-pay and nine-pay plans.”

Ascend responds to this by saying that there was an overlap in Friedlander’s comment with commercial and consumer insurance.

The company’s press handler adds: “Many commercial (and almost all riskier commercial policies) require annual payments by the carrier. Premium finance has existed for decades to solve this, it’s just been delivered in a very clunky, offline way.”

To back the claims, Ascend shares a market comment from boutique investment firm Colonnade, dated in April 2015, that states: “Insurance brokers/agents typically quote P&C insurance in terms of an annual premium for a level of coverage at a certain deductible. The entire premium usually is due within 30 to 60 days of the effective date of coverage.”

It is true that the insurance industry has relied on outdated systems, which is why several technology startups have raised big investment rounds to modernise the industry.

Ascend is part of a bigger wave of insurtech startups that have made the headlines over the years. Technology startups on both sides of the Atlantic have launched initiatives to innovate in the insurance industry.

As a recent thematic research report from GlobalData put it: “Incumbent insurers are increasingly under threat from disruptive insurtech startups. With significant digital expertise, these companies are drawing on technologies such as artificial intelligence (AI), cloud computing, and the internet of things (IoT) to offer a more personalized insurance experience. Premiums are often cheaper, and coverage is customized to the user.”

Investors’ appetite for the industry has certainly become apparent over the past few years. Lemonade, Root Insurance and Hippo Insurance are three insurtech startups that have already enjoyed public floats.

GlobalData’s Technology Intelligence Centre recorded 225 venture financing, private equity, debt offering and equity offering deals in the insurance industry worth a total of $11.2bn in 2020. That figure jumped to 282 deals in 2021, only recording a total worth of $8.6bn.

Insurtech startups like wefox, Next Insurance, Marshmallow, Waffle and Zego have also raised millions in funding over the years. In other words, there is certainly room for a startup like Ascend to disrupt the insurance market.

Ascend is about more than BNPL

Wynn and his co-founder and co-CEO Praveen Chekuri have played the startup game before. They met when they were both working at grocery delivery startup Instacart. The duo eventually left Instacart to launch Sheltr, a startup connecting customers with trained maintenance professionals, in January 2018.

Hippo acquired Sheltr in November 2019. The terms of the deal were not disclosed, but it did see the two co-founders join the bigger insurtech unicorn. Chekuri joined the company’s engineering team. Wynn continued to lead the Sheltr team, now renamed Hippo Home Care. However, they soon found themselves itching for the good old startup days.

“After a year at Hippo together, we decided we wanted to do it again and so that’s when we started Ascend,” Wynn says.

The time at Hippo also served as their inspiration for Ascend. The way they describe it, the founders became aware that the kind of digital infrastructure that existed for the ecommerce space, such as the Shopifys and Plaids of the world, was nowhere to be seen in the insurance industry.

Chekuri claims commercial insurance is behind other segments and that “more than 50% of transactions happen through cheques.”

“[That] essentially means that something that can be collected today is collected in two weeks from now,” Chekuri continues.

This can cause colossal migraines for insurers who sometimes have to wait up to 90 days before they can access the money. In an industry where a lot of the profit is made through making investments, that’s a lengthy process, Chekuri explains. So, a company that could provide a streamlined and digitalised solution could arguably make a significant impact in the insurance industry and a considerable profit of its own.

“That was really our sort of hypothesis – we wanted to become the payments platform for insurance where we help them collect payment, premium finance as well as move the money,” Chekuri says.

This enables insurance brokers, MGAs and carriers to sell more policies by automating paper-based and manual processes. It also provides customers with the online checkout and financing experience they get elsewhere.

Since launching, the company has grown from being just the two co-founders to consisting of a team of 17 people. Most of the engineering team is in Palo Alto while the business development people are based in New York. Ascend aims to expand these teams on the back of the Series A round, create a marketing team and to scale aspects of the products it still needs to work on.

“With this round of funding, we hope to really grow the team in order to build into these areas of the product that are more specialised,” Wynn says. “Today, for example, we can support brokers pretty well, but we can’t support MGAs as well as we would like to.”

While the founders won’t set any goals of how big the team will become, saying it’s “a little bit of a vanity metric”, they are adamant that they will focus on hiring people with “backgrounds traditionally underrepresented in tech.”

“If we were just a bunch of old white guys we would not understand the nuances of these different [groups] to make sure our product got to the right place,” Wynn says.

“Making sure we have different voices and ways of solving problems and thinking about things around the table is hugely important too,” he adds.