Throughout the day, The Accountant has compiled a series of reactions from different industry leads in response to the Chancellor’s Autumn Statement. The statement, which introduced a series of actions aiming to save up nearly £55bn ($65bn) from public funds, came about as a result of what Chancellor of the Exchequer Jeremy Hunt called “unprecedented global headwinds” and a “made in Russia energy crisis”. Together with the Statement, the Chancellor further revealed that according to the Office for Budget Responsibility, the UK economy is expected to shrink by 1.3% the coming year.

When KPMG was contacted by The Accountant, their UK of tax policy, Tim Sarson, said the following: “This was a statement that focused on tackling the immediate issues in public finances: giving stability and confidence to business and the City, while ensuring the entire country is aware and prepared for the potential stormy months ahead. It was, as expected, both serious and in line with the narrative the Chancellor had been outlining since taking up the role. From a business tax perspective, the majority of announcements were made in an effort to create stability through springing no major surprises, although the changes to the energy profits levy does risk making it harder for the UK to attract the investment it needs in the sector. From a personal tax perspective, the biggest story was the extension of the freeze to current income tax and national insurance thresholds, and a reduction in the threshold for the additional 45% rate of income tax. One key area to emphasise is the heavy lifting the current high level of inflation is doing in delivering tax revenues.  The combination of frozen tax thresholds and inflation induced wage increases means more and more people are getting dragged into higher tax rates. This was not a big reforming budget. There was very little to indicate what the future might hold from a tax policy perspective.”

CIPFA CEO, Rob Whiteman, reacted to the Chancellor’s Statement by saying: “The chancellor’s priorities of stability, growth and public services were a clear signal to the markets and his own party that the fiscal strategy pursued by the previous chancellor and prime minister has been scrapped. Today was about restoring balance and repairing the damage done two months ago. By balancing spending restraint with increased tax revenue, public services will bear less of the burden of closing the fiscal gap, but continuing high inflation means they still face some very difficult short and medium-term challenges. Resources announced for NHS England are well below wage and cost inflation, for example. Today’s statement is a course correction. It is a welcome step towards improving stability in public finances, and it’s good to see that underlying structural problems to revive economic growth will be supported by infrastructure investment. However, paying down debt and some of the more difficult choices have been kicked further down the road to the other side of an election. We have an economy now officially in recession, a sticking-plaster approach to funding for public services and workforce shortages. Solutions to these problems remain elusive.”

Crowe UK’s national head of tax, Jane Mackay, said: “There was no way to sugar-coat yesterday’s inflation figures or the fact that the UK is now in recession.  Today’s Autumn Statement had three priorities:  stability, growth and public services.  The immediate need to plug the funding gap for public services will be met by increasing the amount of income tax we’ll all pay.  This will be achieved by freezing or reducing exemptions and allowances from 6 April 2023.  These so called “stealth taxes” were well trailed and allow Rishi Sunak to claim that he’s kept the Tory Manifesto promise not to increase income tax, NIC or VAT rates. Let’s hope the markets and foreign investors believe the plan behind today’s statement will deliver UK economic growth and the period of stability that the UK needs.” 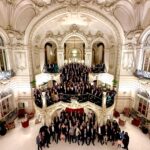 PIMFA, the trade association for wealth management, investment services and the personal investment and financial advice industry, adopted a more welcoming stance to the Chancellor’s reforms aimed at stabilising national finances, yet demonstrated caution in relation to the tax hikes he introduced.

PIMFA chief executive, Liz Field, said: “While we support the Government’s long-term aim to stabilise the country’s finances and balance the books, regular changes to tax policy can be unhelpful and create confusion for those trying to save for their financial future or leave a legacy to their loved ones. Clarity in terms of tax policy allows people to save and invest for the future, safe in the knowledge that there will be few sudden changes that require them to adjust their own plans. The measures outlined in the Chancellor’s statement today will clearly impact on the ability of UK savers to put money aside as well as incentivising them to do so. We would urge the Chancellor to keep these under review to ensure that millions of people are incentivised to save and invest in future.”

Mazar’s head of tax, Catherine Hall, commented: “This budget brings back austerity. It has been specifically designed to appease markets and remove immediate threats to the UK economy and, on those criteria, we believe it stands a very strong chance of delivering. The medium-term projections are more complex. Certainly, this budget is bound to test consumers during the winter and put the brakes on growth. Everybody will feel its impact but, in a challenging and complex environment where there are no easy decisions, a budget that is based in economic reality and long-term thinking is a tentative first step towards stability.”

This will be expanded as more industry leads react to the statement.